Megan Smith
Add comment
3 min read
During an indoor campaign rally in Nevada on Saturday, President Donald Trump suggested that he might run for a third term in office in 2024. “And 52 days from now we’re going to win Nevada, and we’re going to win four more years in the White House,” Trump told the mostly maskless, non-socially-distant crowd of his supporters on Saturday. “And then after that, we’ll negotiate, right? Because we’re probably — based on the way we were treated — we are probably entitled to another four after that.” This was surprising for many pundits, as it indicated that Trump is either unaware of or unconcerned with the 22nd Amendment. The president has “joked” about ignoring term limits numerous times during his time in office. However, this would impossible, given that term limits are protected by the Constitution.

Could Trump Seek a Third Term?

If Trump manages to secure the presidency in 2020, he will not be eligible to run for president a third time. Congress and the US states ratified the 22nd Amendment in 1951 after Franklin Roosevelt served an eye-popping four terms as president. Roosevelt’s fourth term was cut short in 1945 by his passing. Due to the immense difficulty of passing a Constitutional amendment, it is unlikely that Trump would be able to roll back this provision. A Constitutional amendment requires two-thirds of Congress and three-fourths of the states to sign off on it. Given that Trump only narrowly won the presidency in 2016, and that Democrats control the House of Representatives, it seems unlikely that the laws governing term limits will be changing any time soon.

However, this has not stopped Trump from “joking” about the possibility of serving more than two terms. Before the votes have even been cast in November, he is speculating that he will go for reelection a second time. If he attempted to do so, his campaign would be illegitimate under the Constitution. Given that no one has tried to defy the 22nd Amendment before, it is unclear what the protocol would be for dismissing such a candidate. However, the fact remains that it would be illegal for Trump to attempt to run a third time. That is, of course, assuming he wins in November. According to national polls, Trump is slipping in major swing states to his opponent, former Vice President Joe Biden. Biden’s lead has stayed steady throughout the summer. Now, with less than two months before the election, Biden appears to be the favorite to win the election. 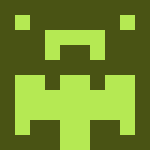 Scientists Say This Could Be the End of Our Planet