How Blizzard Just Created an International Incident, and What Their Future Looks Like

Blizzard is facing major backlash after making the decision to ban pro Hearthstone player Chung “Blitzchung” Ng Wai for a year and fine him all of his prize money for showing support for the protests in Hong Kong during a post-match interview.

It isn’t just that they banned and fined Blitzchung, either. The two Taiwanese commentators, Virtual and Mr. Yee, were also fired immediately after the incident, despite the two physically ducking under the table to avoid being associated with the statement and immediately cutting the interview.

Once again, we see a US company being torn into doing what China wants, a major media consumer and a source of a lot of Blizzard’s money, and what the average consumer wants. This time, Blizzard may have gone too far.

What’s Even Going On in Hong Kong?

If you haven’t been following the protests in Hong Kong right now, that’s okay – until this week, it hasn’t been video game-related, so we understand.

Here’s a quick recap to give you the broad strokes. As with every situation, there are a lot of fine details and plenty of opinion or speculation.

The short version is that the government introduced an extradition bill that would allow local authorities to capture and extradite criminals even if Hong Kong doesn’t have an extradition agreement with them, including China.

This worried many citizens of Hong Kong because while Hong Kong is “technically” under China’s purview, they are to be classified as independent. “One country, two systems” is the principle, with Hong Kong having its own set of government and economic systems.

Feeling this was the “first step” to China overstepping their bounds, citizens took to the streets in protest. Despite the extradition law being pulled, protests are still going on.

Citizens are now demanding anyone who has been arrested during the protests to be released, for the government to stop calling them “riots”, and for an apology and acknowledgment of police brutality, among other things.

The Interview that Started This Situation

Blitzchung was being interviewed by Virtual and Mr. Yee after Blitzchung won a match in the Hearthstone Grandmasters tournament, which is basically the highest level of competition that Hearthstone has to offer.

Towards the end of the interview, Blitzchung donned a face mask and goggles similar to what Hong Kong protesters have been wearing and said: “Liberate Hong Kong, revolution in our time.”

As soon as Blitzchung started speaking, the commentators were visibly uncomfortable. Out of awkwardness or a sense of self-preservation, both men physically ducked under their table, and immediately cut the feed.

The Backlash Blizzard is Experiencing

We have to think that Blizzard wanted this to go mostly unnoticed. Quietly let go of two casters, Blizchung disappears from competition… unfortunately for them, however, this has become a major international incident.

#BoycottBlizzard is trending on Twitter, with hundreds of people sharing screenshots of them deleting Battle.net, unsubscribing to WoW, or canceling their Call of Duty preorders. This couldn’t have come for a worse time, as Call of Duty: Modern Warfare is scheduled for release on October 25.

It isn’t just gamers getting in on the outrage, either. This story is picking up speed – the New York Times did a piece on it today and included a quote by Senator Marco Rubio, who went on Twitter to talk about the decision. Politicians everywhere are noticing the troubling trend of big US companies siding with China in order to keep more money in their pockets, and they do not like it.

Recognize what’s happening here. People who don’t live in #China must either self censor or face dismissal & suspensions. China using access to market as leverage to crush free speech globally. Implications of this will be felt long after everyone in U.S. politics today is gone. https://t.co/Cx3tkWc7r6

Blizzard stock is also dropping. The company’s shares closed down 2.3% on Tuesday, and it is expected to continue to fall as this story keeps circulating.

Just How Big of a Market is China, Anyway?

Here’s the thing – according to reports, in the second quarter of 2019 Activision Blizzard earned about $173 million from the Asia Pacific Region. That seems like a lot of money, right?

Consider this: that $173 million is only about 12% of the total revenue of that quarter, which was $1.4 billion. Yes, billion with a b. In just the second quarter.

But Blizzard fears China’s backlash – South Park was recently scrubbed from China entirely after a recent episode criticized the country.

Even Blizzard Employees Are Upset

One of the people sharing their #BoycottBlizzard screenshots is Mark Kern, who led the team that created WoW.

He openly admitted that publicly siding against Blizzard could close doors for him professionally, but he wanted to stand up for what he believes is right.

One cheeky Blizzard employee quietly covered up two of the points on the Orc statue that stands in front of Blizzard headquarters. Using tape and notebook paper, they covered the “Think Globally” and “Every Voice Matters” values that Blizzard has pushed for years.

Not everyone at Blizzard agrees with what happened.

Both the “Think Globally” and “Every Voice Matters” values have been covered up by incensed employees this morning. pic.twitter.com/I7nAYUes6Q

A Reddit user Standingwhk, who claims to be a Blizzard employee, shared a photo from the Orc statue of about a dozen people under umbrellas. Calling it an “Umbrella Protest”, an umbrella is a sign of the Hong Kong resistance movement, as they were first used to protect protesters from pepper spray.

In the photo, you can clearly see one of the points of the compass covered, representing one of the “values”.

Blitzchung Has Zero Regret About It

Speaking in a Twitch stream after news broke, Blitzchung says that despite “losing” four years of his career with Hearthstone, he does not regret his actions at all.

“Even though it seemed that I had wasted four years of time, I have something more important in my heart – if we love the movement, Hong Kong will end forever.”

Blizzard has yet to comment further on the subject, but they can’t stay quiet for much longer. When politicians and even your own employees are standing up to you, you have to realize something is very wrong. 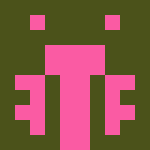 The hotly anticipated new game from CD Projekt Red, Cyberpunk 2077, was delayed last week. Initially announced for an April 2020 release, the game was pushed back in January to September 2020, instead. However, this...

The world is a scary place in the year 2020. With a novel coronavirus ripping through the world’s population and shelter-in-place measures keeping millions of people at home, there has never been a better time to be a...

In a shocking move, Hermen Hulst, head of Sony Interactive Entertainment Worldwide Studios has announced that Guerilla Games’ widely-loved Horizon: Zero Dawn is getting a PC port this summer. This is surprising, as the...